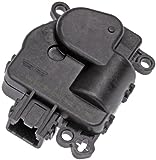 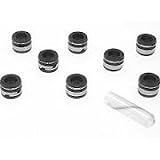 As 40,000 United Auto Workers members vote this week on a tentative four-year deal with Fiat Chrysler Automobiles NV, they will be betting that pickups and SUVs lead to new jobs and higher profits.

Under the proposed agreement, there is no set number of jobs to be added. There’s just the expectation that a $5.3 billion U.S. investment plan by the automaker, which sends nearly all car production to Mexico in exchange for SUVs and pickups, would be mutually beneficial for both sides.

“You’ve got to look at the consumer,” UAW President Dennis Williams said Friday night after union leadership voted to support the tentative deal. “They’re buying more SUVs today than they are cars.

“That whole argument about car mixture and that, I don’t think is as relevant as today as it was yesterday. But I think it’s important to have flexible plants.”

The strategy is meant to focus popular pickup and SUV production in the U.S., and concentrate the slower-selling cars in plants in Mexico, where labor rates are cheaper.

Industry officials speculate that the deal could be risky during an economic downturn or when gas prices spike — times when consumers shift toward smaller, more fuel-efficient cars that cost less than large SUVs.

“For right now it makes great sense,” said Art Wheaton, labor expert with the Worker Institute at Cornell University. “Long-term there is some risk associated with that. It’s great while gas prices are low, but there is a certain amount of risk.”

UAW Vice President Norwood Jewell, who led negotiations with the automaker, argues that pickups and SUVs from the Detroit automakers continue to get more fuel-efficient. “That’s all turning around,” he said. “As (fuel efficiency) grows to a higher level, you want to be (producing) the ones that make the most money for the company, the most-profitable vehicles.”

Jewell added that while there is no direct mention of job increases, the union has “job protection in this agreement, that it doesn’t even make sense for them not to bring work in because of the cost of not bringing the work in.”

That’s a different approach than the past two contracts, when the union pushed for new jobs. .

Williams declined to discuss what vehicles would go where under the deal, but sources familiar with the situation told The Detroit News last week the moves involve at least five vehicles and four U.S. plants.

Dodge Dart production in Belvidere, Illinois, also would move to Mexico, one source said. Belvidere also makes the Jeep Compass and Jeep Patriot, but those are being phased out. The Jeep Cherokee, which Fiat Chrysler CEO Sergio Marchionne said would leave Toledo Assembly to make more room for the Wrangler, would go to Belvidere.

Analysts expect more automakers to move car production from the United States in favor of more-profitable pickups, SUVs and crossovers.

Ford Motor Co. builds three cars — the Lincoln MKZ, Ford Fusion and Ford Fiesta — in Mexico. Earlier this year, the automaker said it was pulling production of the Ford Focus and C-Max from Michigan Assembly in Wayne in 2018; the union was told those cars are heading out of the country, likely to Mexico. Ford entered contract talks with with plans to bring production of the Ranger midsize pickup to Wayne.

That would leave Ford’s Flat Rock Assembly as the only U.S. plant building cars. It currently builds the Ford Fusion and Ford Mustang, and will add the Lincoln Continental in 2016.

By 2018, General Motors Co. could be the only American automaker to produce a substantial number of cars domestically. GM currently produces 10 cars in the U.S.; domestic production of the Chevrolet Camaro and Cadillac CT6 will begin later this year, and the Chevrolet Bolt EV will come later.

Nerad said every automaker has to evaluate facilities, product portfolio and markets to determine what is best for profits and workers. However, Nerad said there “is some likelihood that there would be more Mexican production from General Motors” in the coming years.

“I think we’re going to see further shifts just based on production realities,” he said. “What’s hot? What’s not? And where it is most profitable to build a particular type of product?”