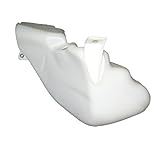 The tentative four-year contract between the United Auto Workers and Fiat Chrysler Automobiles is experiencing some early opposition from rank-and-file members.

More than half of skilled trades and production workers for Local 1264 in Sterling Heights and Local 1248 in Warren on Thursday opposed the proposed deal, while voting in Indiana garnered mixed results.

For Sterling Stamping, 61 percent of skilled trades and 57 percent of production workers voted “no,” according to results posted by Local 1264 on social media.

At Local 1248, which represents Mopar workers, 52 percent of skilled trades workers voted against the deal, while 65 percent of production workers voted “no,” according to results confirmed by a member.

In Indiana, UAW Local 1302 President George Maus said in an update to his members that a majority of salaried workers at facilities in Kokomo voted in favor of the deal. The ratification update did not provide voting percentages. According to the U.S. Department of Labor, Local 1302 represents nearly 350 workers.

Kokomo Casting production workers voted 59 percent against the deal, while skilled trades was split 50 percent, according to two Local 1166 members on social media. An official spokesperson with the Kokomo unit could not be reached to confirm the results late Thursday. According to Fiat Chrysler, the plant employs more than 1,100 hourly workers.

Skilled trades and production workers must separately cast a majority of ‘yes’ ballots for the contract to be ratified. If the contract is not ratified, leaders could go back to the bargaining table with Fiat Chrysler; a strike could occur; or the union could switch their attention to Ford Motor Co. or General Motors Co., which the UAW continues negotiations with following both agreeing to indefinite contract extensions earlier this month.

“There’s a lot of different outcomes that could happen if this goes down,” said Kristin Dziczek , director of the Industry & Labor Group at the Center for Automotive.

Voting will continue to escalate heading into the weekend. About 12,500 of the 40,000 union members who are part of the deal are expected to vote Friday, including about 4,400 hourly members of UAW Local 7 at the Jefferson North Assembly Plant in Detroit and 6,000 workers at multiple plants with Local 685 in Kokomo, Indiana.

Union leaders — including UAW Vice President Norwood Jewell, head of the union’s Chrysler Department — have been meeting with local units to answer questions and address concerns since details of the contract were released Sept. 18.

The contract includes $3,000 ratification bonuses, wage increases for both tiers of plant workers, hefty profit-sharing based on the company’s North American operations, and $5.3 billion in plant investments. It narrows pay gaps between entry and veteran workers.

Some Fiat Chrysler members — many of whom have been extremely vocal on social media — are concerned the proposed deal does not eliminate the contentious two-tier pay system; fails to cap entry-level hires; doesn’t do enough to address alternative work schedules; and doesn’t increase wages enough.

Mefford said there are three categories of voters: Veteran workers, such as himself, who believe their sacrifices over the years haven’t been repaid, including cost-of-living; new hires representing about 45 percent of Fiat Chrysler production workers, who don’t like the contract because it takes too long to get to the top wage; and others who believe they “might as well say ‘yes’ instead of facing the alternative.”

The majority “no” vote by the 725-member Local 1248 was a small victory for opponents of the tentative contract. If the contract is ratified, locals that vote against the deal must still adhere to the contract.

Local 1248 workers were in a unique position to vote against the tentative deal, which some say creates what they see as a third pay tier. Under the contract, there would essentially be four wage, or classification, systems for hourly workers: veteran at about $28 an hour or more; current tier-two topping out at $25.35 an hour; and Mopar and axle operators at $22 and $22.35, respectively.

UAW President Dennis Williams has argued the wage groups under the new contract were not creating additional pay tiers because “there’s a path” to get to higher wages. Under the proposed deal, he said, workers can bid for new positions and move to the up-to-$25.35 top-out for tier-two workers, which the union now calls “in-progression” workers.

Williams previously said he would like to conclude voting at the union’s more than 30 local Fiat Chrysler units by Monday, but at least one local has its voting scheduled after then.

Mopar is Fiat Chrysler’s service, parts and customer care brand. It distributes more than 500,000 parts and accessories in more than 150 markets around the world.