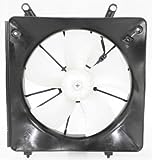 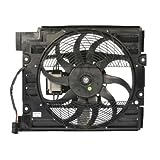 DETROIT — With the proposed contract with Fiat Chrysler on shaky ground, the UAW has called its Chrysler leaders to Warren on Thursday afternoon to figure out how to patch up relations with members or to negotiate with another automaker.

If the deal ends up being approved, the union will breathe a sigh of relief but will still need to address anger and frustration expressed by many of its members.

But if the contract is rejected, this would be the first tentative national agreement with the Auburn Hills automaker to be voted down since 1982. A “no” vote would put UAW President Dennis Williams and his leadership team in a political bind and leave them scrambling for a new strategy.

As of Tuesday, workers at large plants in Toledo and Sterling Heights were still voting on the proposed four-year agreement, and workers at an assembly plant in Belvidere, Ill., will vote Wednesday.

Each of those plants employs several thousand workers, and the outcome there could have a large influence on the final outcome. However, an estimated tally of the results already reported shows that the chances for ratification are remote.

Late Tuesday, UAW Vice President Jimmy Settles, in charge of the union’s Ford Department, told members in an open letter they shouldn’t overreact to parts of the FCA deal they don’t like because the UAW deal with Ford could be much different.

“There have been instances in the past where Ford, FCA and GM have even had differing pay scales and rates,” he said in the letter released on UAW letterhead.

Settles also issued a five-day strike warning to Ford over differences in local contract negotiations at the automaker’s plant in Kansas City, where it makes the F-150 pickup, its most popular vehicle. Settles said the automaker has failed to negotiate with the union over manpower, skilled trades and heat issues.

The tough talk and unexpected shot at Ford comes with just one day left in national voting on Fiat Chrysler’s national contract. It could be a signal that UAW leadership is trying to quell discontent among members over the FCA deal and to ensure that the next proposal — either a renegotiation with FCA or a fresh proposal with GM or Ford — has a better chance of passing a membership vote. Leadership still has hope the FCA agreement could pass, especially with approval at the Warren plant on Monday night, according to a person briefed on the meeting who is not authorized to discuss it publicly. But given the level of anger and frustration expressed by workers over the past two weeks through social media, UAW leaders want to be prepared for the worst scenario.

The Free Press compiled a table based on votes from nearly all plants that have voted. In those locations where only the percentages were reported, we estimated the totals for yes and no votes. That rough calculation could indicate that more than 60% of those voting before Tuesday cast “no” ballots. That could mean that the UAW needs to win by wide margins at the remaining plants to pull out a victory.

Returning to the bargaining table with Fiat Chrysler CEO Sergio Marchionne, who has stared down communist labor unions in Italy, is unlikely to result in a significantly better agreement.

“They could go back to Chrysler, but it is unclear what that would do,” said Harley Shaiken, a labor professor at the University of California at Berkeley who is following the talks. “There is always a desire by the company not to change anything.”

Arthur Wheaton, director of labor studies at Cornell University, said members of some unions, such as the International Association of Machinists & Aerospace Workers, often reject the first national agreements that are proposed.

But that’s not the case with the UAW and the Detroit Three.

Not since 1982 have rank-and-file workers at Chrysler rejected an agreement UAW leaders negotiated. That was shortly after the automaker received federal loan guarantees to pull itself from the brink of bankruptcy, and then CEO Lee Iacocca hawked the company’s K-cars with the slogan, “If you can find a better car, buy it.”

But now, six years beyond the historic bankruptcy leading to the merger into what is now Fiat Chrysler Automobiles, the company is doing very well in North America. Part of the success can be traced to crisis-driven UAW concessions that created a lower-wage second tier of workers, who now account for more than two of every five (43%) FCA hourly workers in the U.S.

Now, UAW workers want some of those concessions back.

Wheaton said entry level, or Tier 2, workers went into contract talks with big expectations that were built up, in part, by the UAW at its bargaining convention in March.

“Bridge the gap” and “It’s our time” became the union’s rallying cry during the two-day convention in Detroit.

“I think the membership put on rose-colored glasses when they heard Williams say, ‘We are going to bridge the gap,’ ” Wheaton said. “The membership seemed to think the UAW was going to eliminate it.”

Instead, Williams and Marchionne offered increases for those hired since late 2007 that pull their hourly wage range from between $15.78 and $19.28 to between $17 and $25.35. Those hired before October 2007 would receive 3% increases in their $28.05 base wage in the first and third years, and 4% lump-sum increases in years two and four.

The major stumbling block is a paragraph on the first page of the UAW’s highlights of the 2011 agreement:

“During these negotiations, Chrysler sought to extend their ability to keep an unlimited number of workers at the new hire wage, but instead the 25% cap will be reinstated at the end of this contract, as outlined in the bankruptcy agreement. At that time, all workers in excess of the 25% cap will begin receiving the same wages as traditional Chrysler workers.”

When they discovered the new agreement had no such provision, many of the younger workers decided to vote no.