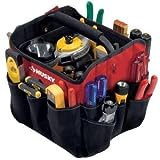 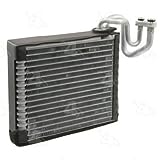 The UAW and General Motors reached a tentative agreement late Sunday said to include “significant wage gains and job security commitments,” averting a strike minutes before the midnight deadline.

Local union leaders who make up the UAW National GM Council will meet in Detroit on Wednesday to discuss and vote on the agreement after which details will be released and members will have ratification votes across the country.

“We believe that this agreement will present stable long-term significant wage gains and job security commitments to UAW members now and in the future,” said UAW President Dennis Williams. “We look forward to presenting the details of these gains to local union leaders and the membership.”

The new four-year deal is expected to largely mirror the one ratified by Fiat Chrysler Automobiles on Thursday in terms of basic wages. In that agreement all workers can eventually reach a top pay of $29 an hour in eight years or less, eliminating the hated two-tier wage system.

There is also an expectation that items such as signing and performance bonuses, lump sum payments and profit sharing will be richer because GM is a larger, more profitable company.

But General Motors also must remain competitive with other automakers whose hourly labor costs are as much as $10 an hour lower. And while GM is registering strong profits, it is also committed to maintaining a 10% profit margin.

The UAW-GM bargaining committee said an agreement was reached at 11:43 p.m. Sunday. At 11:59 p.m. the old four-year agreement was set to expire.

“Your UAW-GM Bargaining Committee has secured significant gains and job security protections in a proposed Tentative Agreement with GM,” the union announced.

The company was also pleased. “The new UAW-GM national agreement is good for employees and the business,” said Cathy Clegg, GM North America Manufacturing and Labor Relations vice president. “Working with our UAW partners, we developed constructive solutions that benefit employees and provide flexibility for the company to respond to the needs of the marketplace.”

“Terms of the four-year agreement are not being shared publicly to allow the International UAW to inform their membership about the agreement and conduct a ratification vote,” the company said. “If ratified, the agreement would cover about 52,600 GM employees in the United States who are represented by the UAW.”

UAW Vice President Cindy Estrada called the agreement transformative. “The significant gains in this agreement are structured in a way that will provide certainty to our members and create a clear path for all GM employees now and in the future. The agreement not only rewards UAW-GM members for their accomplishments, but it protects them with significant job security commitments.”

This contract negotiation represented the first opportunity for GM workers to strike since the automaker filed for bankruptcy in 2009 and the union gave up the right to strike until 2015 as a condition of government aid which was integral to restructuring the company,

UAW locals were making strike preparations in advance of the Sunday night deadline and workers were also being told to stay on the job unless told otherwise. The union could have chosen a U.S.-wide strike or a targeted one where select plants go down.

GM earlier this year announced $5.4 billion in planned investments in the U,S. FCA voting starts today: Eight things about UAW you might not know

The UAW made a similar strike threat last week as it negotiated with Fiat Chrysler but the two sides reached an agreement just before the deadline and there was no walkout.

What to look for in the GM-UAW agreement

2. Is there a cap, or limit, on the percentage of Tier 2 workers GM can hire over the next four years?

3. Is there more for UAW retirees than the $1,000 voucher on a new vehicle that FCA offered?

4. Is there any change in the profit sharing formula?

5. Is there any new information about where future vehicles will be assembled?