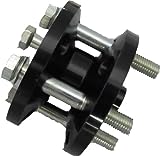 About 30 UAW workers and retirees marched with signs and chanted “same work, same pay” in front of the union’s headquarters in Detroit on Wednesday as they rallied against a proposed contract between the union and Fiat Chrysler Automobiles.

Those who marched said they are opposed to the four-year agreement because of uncertainty about the automaker’s  product plan, a lack of clarity about a health care change  and a failure to honor some provisions in the 2011 contract that would have provided bigger wage increases for entry-level workers.

“They want to move 25% of our products to Mexico. That makes no sense,” said Ken Walker, who has worked for Fiat Chrysler for 17 years as both a part-time and a full-time worker.

The tentative agreement reached last week between Fiat Chrysler and the UAW must be ratified by about 40,000 union members in voting that will take place through early next week. If ratified, every worker would get a $3,000 signing bonus, entry-level workers would see their wages increase to $17 to $25 per hour, and workers hired before 2007 would receive two 3% wage increases and two lump-sum bonuses over the life of the contract.

While some workers support the agreement, the majority of public reaction on social media and elsewhere has been negative, in part because of uncertainty created by what many workers say continues to be a lack of detail and transparency. The rally held Wednesday in Detroit was organized by UAW members who work at Jefferson North Assembly plant in Detroit.

Shifting work to Mexico now up for UAW vote

UAW President Dennis Williams said last week that he believes workers will support the agreement once they attend informational sessions at their local units that are being held this week.

The Free Press and other publications reported last week that Fiat Chrysler plans to move production of the Chrysler 200 and Dodge Dart from the U.S. to Mexico. The automaker also plans to move its Jeep Cherokee from Toledo to Belvidere, Ill., and its Ram 1500 from Warren Truck to Sterling Heights Assembly.

The UAW has told workers that Fiat Chrysler has committed to investing $5.3 billion in the U.S. over the next four years. However, the UAW and the automaker have yet to officially disclose the details of the product plan.

Walker said the uncertainty created by the product overhaul has left workers uneasy about job security. Walker also said workers are worried their health care costs will rise over the next four years.

The new contract includes the creation of a health care cooperative that would be managed by an entity the UAW plans to set up. Williams said the cooperative will be modeled after the UAW Retiree Medical Benefits Trust that was launched in 2010 to manage health care for retirees.

The risk and reward in UAW’s contract with Fiat-Chrysler

The goal of the cooperative will be to lower total health care costs by better managing the use of health care without raising costs. The UAW posted a message on its Facebook page Tuesday that said the only change in costs is that the new contract requires members to pay $100 for emergency-room visits if they are not admitted to the hospital.

But confusion and skepticism about the health care cooperative is pervasive among UAW members.

“We know that employees will eventually be paying a month-to-month fee,” Walker said.

Patricia McMiller, who has worked at Jefferson North Assembly for five years, said she is opposed to the proposed contract because it doesn’t require the automaker to raise entry-level wages for some entry-level workers to the $28 per hour that longtime workers receive.

“Why can’t they give us what they told us was in the 2011 contract?” McMiller asked.