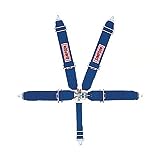 $4.00
Home › Blog › US Automotive News › UAW pact with GM is on the road to ratification – Detroit Free Press The UAW’s agreement with General Motors is on the way to ratification after workers at Detroit-Hamtramck Assembly ,three facilities in Pontiac and a large assembly plant in Wentzville, Missouri, gave it solid majorities Wednesday. .

The vote had been close until late Wednesday.

About 700 members, 54% of UAW Local 22 members at Detroit-Hamtramck voted yes while 581 voted no. Similar to the pattern at most plants, production workers backed it by even larger majorities, but most skilled trades people voted no.

But the biggest force pushing the deal toward passage came from about 3,500 workers at GM’s midsize truck plant in Wentzville, Missouri, where 57% voted in favor, as a strong majority of production workers more than offset opposition from skilled trades.

Workers at Pontiac Metal Center approved the four-year contract by 64% to 36% margin with 577 people voting. Production workers passed it with 74%, while skilled trades workers approved it with 51%, according to Mike Warchuck, Local 653 president. That local also includes a parts distribution center, workers at a power train operation in Pontiac and about 300 workers at GM’s Milford Proving Grounds.

Local 599, representing workers at several smaller facilities in Flint, approved the pact with a convincing 73% majority.

The agreement was ratified by 91% of 217 people at a West Chester, Ohio, parts center north of Cincinnati.

Results were also expected later this evening from workers at the Spring Hill, Tenn., assembly plant.

On Thursday about 3,900 workers at GM’s Fort Wayne, Ind., truck plant can vote, as well as those at a stamping plant in Parma, Ohio, and and an engine plant in Tonawanda, N.Y. Could UAW-GM vote be nail-biter?

The pattern at Defiance has occurred at many plants where the production workers — the people on the line — are approving the pact, while skilled trades — the electricians, pipefitters and others who fix machines or keep the automation running — are rejecting it. There are between three and four production workers for every skilled trades job so that would tend to indicate the contract will be ratified. But of Wednesday afternoon only about half the union’s locals had voted.

There are also concerns among thousands of temporary or flex workers, who would receive a $2,000 signing bonus and less generous health care than their permanent coworkers, if the contract is ratified. Some of them aren’t convinced they will have a path to permanent status. Temporary workers can vote on the agreement.

“I’m not surprised the trades are voting no more often,” said Kristin Dziczek, director of the labor and industry group at the Center for Automotive Research in Ann Arbor. “They’re ticked off they were not included in the special attrition program that offers $60,000 for a bridge to retirement.

The contract also would enable GM to continue erasing the strict job classifications that define which skilled tradesmen can perform specific tasks.

People outside the auto industry, or those in nonunion workplaces may wonder why this vote is close at all.

If ratified, about 57,200 GM hourly workers would receive an $8,000 signing bonus and a raise. Entry-level production workers currently paid between $15.78 and $19.28 per hour would see their wages increase to between $17 and $22.50 per hour and would eventually earn about $29 per hour.

Workers hired before 2007 would receive 3% raises in the first and third years of the contract and 4% lump-sum bonuses in the second and fourth years of the agreement.

“It’s always pretty close,” Dziczek said. “The ideal ratification margin from management’s standpoint is 51% because it means you didn’t give up too much, and the union’s not satisfied. But that’s nerve-wracking.”