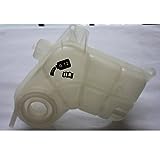 The head of the UAW’s General Motors department tried to allay its members frustration with the lack of information coming from negotiations over a new national contract as next Monday’s deadline approaches.

“To achieve our just demands, your continued solidarity will be needed in the days that lie ahead,” Cindy Estrada, UAW vice president for General Motors said in an email to members. “Unfortunately, the rumor mill will test that solidarity. As the deadline approaches, we expect the conversations on the shop floor to pick up, and public media reporting to intensify. Don’t believe everything you hear or read!”

Negotiators, whether management or union, guard information during the talks with an admirable discipline. This year’s bargaining may place a higher premium on secrecy because of the complexity of key issues.

For example, UAW President Dennis Williams has said repeatedly he wants to collaborate with the companies to reduce health care costs without imposing onerous new costs on workers. In addition, the UAW wants to narrow the wage and benefit gap between workers hired before and after 2007 when it agreed to let GM, Ford and Chrysler hire new workers at a lower starting wage.

Williams said after Detroit’s annual Labor Day parade Monday that he is negotiating with all three automakers and isn’t ready to focus on one lead company with which to hammer out an agreement that is then offered to the other two.

Estrada, who is involved in her first contract negotiations with one of the Detroit Three, has bargained with numerous auto suppliers and on behalf of state of Michigan employees. She is aware of the perils created for bargainers when members hear reports of elements of an agreement that may or may not make it into the final contract.

“Even though we are making progress in the negotiations, nothing is settled until the entire agreement is settled,” Estrada told members. “For that reason, it is impossible for your negotiating team to accurately report to you the specifics of our daily conversations, or any tentative agreements that we have reached.

“The solutions we may be discussing can be complex and have implications beyond what is most apparent, and as our discussions continue, the proposed solutions may change. In short, negotiating a contract covering tens of thousands of workers employed at diverse locations across the country is a very complex and fluid process.”

UAW workers at GM plants have voted by 97% to 3% to authorize their bargaining committee to call a strike if necessary. Such votes also passed at Ford — 98.3% voting yes — and at Fiat Chrysler by 97%, but they mark a procedural step that neither raises nor decreases chances of a walk out.

“I am pleased with both the high margin of support and high turnout as nearly 80% of our membership took part in the voting process,” said Jimmy Settles, UAW vice president for the Ford department.