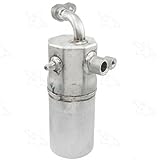 ‘Unconscionable’: Top Republicans lash out ahead of release of CIA report – Fox News Top Republicans are lashing out ahead of the release of a long-anticipated report on the CIA’s interrogation techniques, calling the decision to disclose the documents “unconscionable.”

Sens. Marco Rubio, R-Fla., and Jim Risch, R-Idaho, spoke out in a statement Monday after lawmakers and Obama administration officials warned that releasing the report could lead to a backlash against Americans around the world.

Rubio and Risch called the choice to release the report a “partisan effort” by Democrats on the Senate Select Committee on Intelligence, saying the report is not “serious or constructive.”

“We are concerned that this release could endanger the lives of Americans overseas, jeopardize U.S. relations with foreign partners, potentially incite violence, create political problems for our allies, and be used as a recruitment tool for our enemies,” the senators said. “Simply put, this release is reckless and irresponsible.”

The lawmakers spoke out as alleged new details of the report, which is expected to be released Tuesday, began to emerge. The 480-page report, a summary of a still-classified 6,000 page study, amounts to the first public accounting of the CIA’s alleged use of torture on suspected Al Qaeda detainees held in secret facilities in Europe and Asia in the years after the terrorist attacks of Sept. 11, 2001.

Reuters reported Monday night that the report contains graphic details about the techniques, including sexual threats made to detainees.

According to Reuters, the report describes how at least one detainee was threatened in a sexual manner with a broomstick. In another example, Reuters reported, a detained Al Qaeda operative was threatened with a buzzing power drill.

Another former officer told Fox News that the CIA was encouraged by lawmakers “to do whatever it takes” to prevent another attack on the scale of Sept. 2001.  The former officer said that Hill leadership was briefed more than three dozen times before the program was shuttered.

The administration’s stance was criticized by GOP Sen. Richard Burr, the prospective new chairman of the Senate Intelligence Committee. Burr, R-N.C., said that Kerry’s request that the report be delayed didn’t jibe with Earnest’s comments.

A similar statement was being sent to military combatant commands to assess their readiness. Pentagon spokesman Col. Steve Warren said Monday the combatant commands have been urged to “take appropriate force protection measures within their areas of responsibility.”

In Washington, House Intelligence Committee Chairman Rep. Mike Rogers, R-Mich., said America’s allies are predicting “this will cause violence and deaths.” He said U.S. intelligence agencies and foreign governments have said privately that the release of the Senate intelligence panel report on CIA interrogations a decade ago will be used by extremists to incite violence that is likely to cost lives.