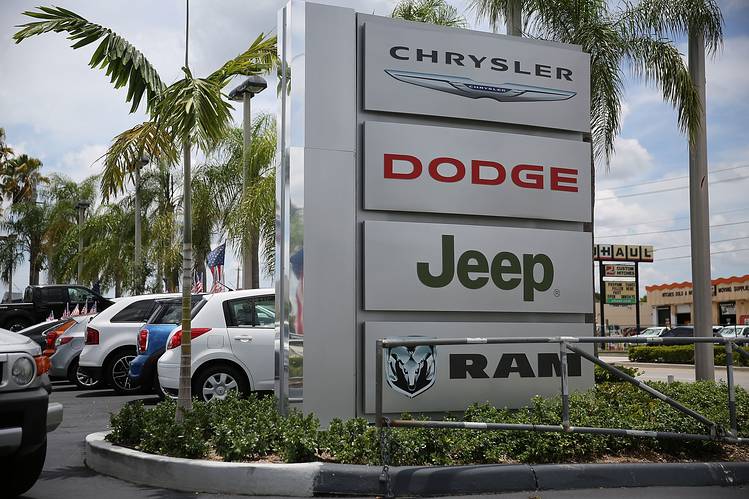 Auto makers in the U.S. said car sales rose by a double-digit percentage in October, driven by the month having five weekends and continued strong demand for larger vehicles amid low oil prices.

GM led the Big Three, posting a 15.9% jump to 262,993 light vehicles sold in the month, which surpasses the estimate for 12% growth from car research firm Edmunds.com.


NV recorded a 14.7% leap, propelled in part by searing demand for the auto maker’s Jeep brand, and was above the 14% estimate by Edmunds.com.

Car shoppers continued to drive away in larger, pricier vehicles amid low interest rates, cheap fuel and a stronger economy. The October numbers also were helped by another weekend in the month versus last year.


finished the month 12.5% higher than last year at 116,047 light vehicles. Overall sales of Nissan crossovers, trucks and SUVs rose 26% for an October record as Rogue sales shot up 70% and the Murano crossover jumped 25%.

WardsAuto is calling for U.S. light vehicle sales to reach a 17.5 million-unit seasonally adjusted annual rate, higher than the 17.2 million recorded year-to-date through September and an 11-year peak for the month. It also would make October the sixth consecutive month above the 17 million mark.

As many auto makers are expected to roll out double-digit sales gains, Volkswagen AG
VLKAY


is widely seen as a black mark on the month following fallout from its emissions scandal. Edmunds.com forecasts Audi will buoy the auto maker’s growth as its Volkswagen brand sales—which rose less than 1% in September—remain flat.

“In this year of booming auto sales, no auto maker should be relieved to see flat year-over-year performance, but this may be the best that Volkswagen can hope for this month,” said Edmunds.com analyst Jessica Caldwell. “Until VW starts down a road to recovery by informing owners of a specific fix to their diesel vehicles, the company is likely to make far fewer sales than this surging market would otherwise deliver to them.”