US Auto Sales Up Despite Holiday Shift – Wall Street Journal 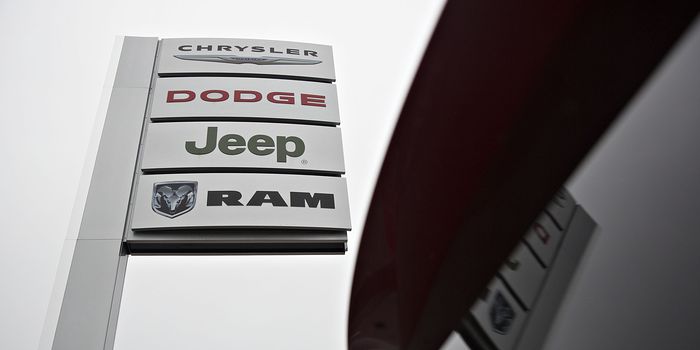 
’s U.S. sales fell less than 1%, but still came in above analysts’ expectations.

Overall U.S. sales are expected to cool in August due to a calendar shift that has Labor Day sales this year falling out of the month’s tally. Some auto makers haven’t yet reported their sales and full results are expected later in the day.

For the first time since 2012, Labor Day holiday sales will fall into September results. Traditionally, Labor Day sales are reported in August when the holiday falls in early September. This year, it falls on Sept. 7. Last August also included one more selling day, which—coupled with the impact of Labor Day—helped make it the strongest month for auto sales of 2014, according to brokerage firm Sterne Agee & Leach Inc.

Analysts say the month’s seasonally adjusted annualized rate is expected to remain above 17 million new cars and trucks for the fourth month in a row as the gravy train of low lease rates, cheap gas and consumer enthusiasm continues to roll. On Tuesday, General Motors estimated that the closely watched figure hit 17.5 million in August, while Fiat Chrysler estimated 17.8 million. The last time the industry had a four month sales streak above 17 million vehicles was 2006.

The top-selling Japanese auto makers, which have less of their business from pickup trucks and sales to fleet buyers than the domestic car companies, reported year-over-year sales declines for the month. Sales at Toyota Motor Corp.
TM


’s were off nearly 1%, all over the same month a year earlier.

Ford said its sales were driven by demand for new cars, sport-utility vehicles and trucks. Ford SUV sales were the strongest in 12 years in August, while the F-series truck brand logged its best sales month of the year with a 4.7% increase. In all, Ford sold 234,237 vehicles in August, well above the 225,834 that automotive information website Edmunds.com had forecast.

General Motors’ smaller-than-expected decline in sales was helped by growth in Chevrolet-brand crossovers and trucks and a 21% surge in GMC pickup deliveries. Chevrolet pickup deliveries gained 26% in the quarter, helped by its Silverado and Colorado vehicles.

Cadillac brand sales fell 5.5% in August, while Buick sales edged up less than 1% amid a 28% increase in crossover sales. The term crossover refers to sport-utility vehicles built on car platforms instead of truck platforms.

Fiat Chrysler said growth in August was again driven by strength in its Jeep brand and Ram pickup trucks. Dodge sales fell 15% amid declines in Dart, Avenger and Charger sales. In all, Fiat Chrysler sold 201,672 vehicles, above the 199,091 Edmunds.com had forecast. 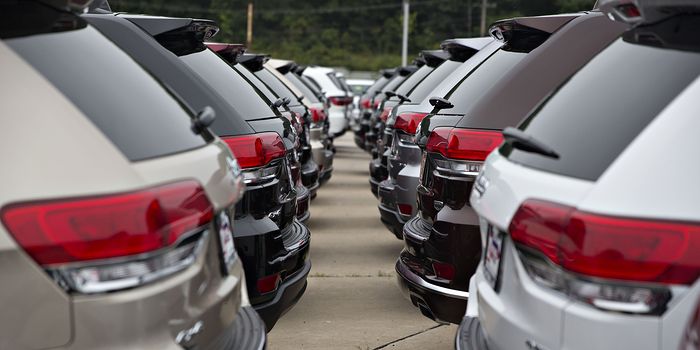 Industry watchers will be studying August sales to see if auto makers can continue to squeeze more money from buyers. The industry’s average transaction price, according to TrueCar Inc.,
TRUE

General Motors said its average transaction price rose to $34,000, up about $660 from a year earlier.

Auto makers need all the cash they can get as the China market continues to struggle. In July, China passenger-vehicle sales fell for a second consecutive month. Sales of passenger cars fell to 1.27 million vehicles, a 6.6% drop compared with the same period a year earlier.

Last week, Chinese stocks suffered their worst single-day loss since February 2007 amid concerns the country’s economy is significantly slowing. China’s car sales figures are due out later this month. On Tuesday, weak manufacturing data out of China sent U.S. stocks tumbling in early trading as global investors continue to worry about the world’s second-largest economy.

Write to Chelsey Dulaney at Chelsey.Dulaney@wsj.com and Jeff Bennett at jeff.bennett@wsj.com