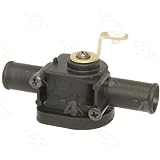 The 2017 Ford Raptor goes on sale this fall, but so far, the Blue Oval has been cagey with the details. Now, thanks to a leaked pricing document that surfaced in July, and our moles in and out of the industry, we have info to share on the new hot-rodded, off-road Baja wannabe. Psst … it’s all good news.

–The new Raptor doesn’t benefit from the weight loss of the current, aluminum-bodied F-150, but its frame was re-engineered from front to back specifically for its high-performance duties with thicker-gauge steel and redesigned mounts for the Fox-branded shocks.

–The front and rear shocks have grown from 2.5 to 3.0 inches in diameter, adding 44 percent more volume for better performance, as well as increased heat dissipation. The Raptor also gets almost 2 more inches of suspension travel, from 11.2 inches to 13 in front and 12 inches to 13.9 in back, a 15 percent overall increase.

–The 2017 Ford Raptor uses the company’s 3.5-liter, twin-turbocharged EcoBoost motor, a version of which also powers the Ford GT. Power numbers haven’t been announced, but Ford says they’ll be greater than the last Raptor’s 411 hp and 434 lb-ft.

–The Raptor will come with a 10-speed automatic transmission developed with General Motors. It’s close to the same size as current six- and eight-speed automatics but will weigh less through the use of “advanced materials.” Engineers claim it will have faster shift times than the Porsche PDK, which was used as a benchmark.

–The new Raptor gets multiple driving modes. Normal, sport and weather modes are self-explanatory. Mud/sand engages 4-High, and the electronic-locking differential automatically engages; steering effort stays in the comfort setting, making it easier to navigate tight trails at slow speeds. Baja mode also puts the pickup in 4-High but sets the AdvanceTrac system to its least intrusive settings. The throttle map is adjusted, and the transmission holds gears longer. Finally, rock crawl tells the driver to put the truck in 4-Low, the locking diff is engaged and AdvanceTrac continues to allow slip. The front camera also turns on to display what you might not see over the hood.

–The Raptor benefits from both a torque-on-demand system, like that on most all-wheel drivers, and an electric shift-on-the-fly system. The transfer case has a clutch that, when 4-Auto is selected, engages four-wheel drive as needed in slippery conditions. When a driver gets seriously off-road in 4-High or 4-Low, a mechanically locked shift-on-the-fly system is used.


See more by this author»