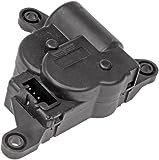 Thousands have flooded into Austin, Texas to experience the 31st Annual South by Southwest Convention and Festivals. Check out some of the sights and sounds from the first day.
Jarrad Henderson, USA TODAY

Sleep while your car drives! Come work for us and change the world! Technology secrets stolen!

Sounds like déjà vu to Bill Ford, chairman of Ford Motor and great-grandson of Henry Ford.

“It’s all emblematic of the early days in an industry,” Ford told USA TODAY shortly after addressing a SXSW Interactive audience Monday.

“The Dodge brothers were suing Henry Ford, and generally there was a lot of turf warfare in terms of who owned what and who had access to what,” said Ford. “It’s the same thing playing out now. There are a lot of smart people and a lot of sharp elbows.”

If there’s a referee in this demolition derby, that would be new Department of Transportation secretary Elaine Chao, who is in a position to alleviate confusion by implementing national guidelines for automated vehicles.

Ford is a fan.

“I know Elaine (who was Labor Secretary under President George W. Bush), and when she was appointed I called the president to say, ‘Hey, well done,'” he said. “She’s smart, and not a rookie coming into the automotive space saying, ‘who are you what do you do,’ and we’ve had that, where we had to educate (new officials) from A to Z. She gets it.”

That federal guidance aside, Ford predicts that self-driving cars will become a reality on a city-by-city basis. “Some mayors are way out front on this,” he said. “But remember, there may be a lot of interest in solving mobility issues, but not all cities can pay for it. Things still need to be worked out.”

Much like the Consumer Electronics Show in Las Vegas has grown to embrace auto tech, SXSW is sharpening its focus on the coming transportation revolution. Big manufacturers (Ford, Mercedes Benz) join startups (electric car maker NIO) and industry experts to assess the challenges and opportunities of a new mobility platform.

The conference is unfolding during a swirl of industry activity.

Uber has been hit by allegations of a toxic work culture. Alphabet-owned Waymo is accusing former employee Anthony Levandowski of stealing data to start Uber-owned Otto. And Intel announced Monday it was buying Israeli sensor company Mobileye, known for it self-driving car technology.

For Ford, such chaos presents opportunities, whether that’s selling talented engineers on the company’s corporate culture or buying new companies.

Ford’s pitch to entrepreneurs: “Whatever you do, we can scale it.” To engineers: “We can give you interesting assignments all around the world.” To both: “We offer our culture. That gets undersold but it’s incredibly important.”

That sounds like a veiled reference to Uber, which is grappling with charges by a former employee about a sexist, dog-eat-dog workplace environment. CEO Travis Kalanick has admitted the company has issues, and has vowed to hire a second in command to help address them.

For some time, many industry watchers were betting that tech companies such as Google, now Waymo, and potentially Apple would take over in this century from the automakers that dominated the last. Now, the consensus is that tech firms appreciate how difficult it is to build a vehicle.

The Ford GT 66 at the motor show in Geneva. (Photo: Cyril Zingaro, EPA)

“If we do nothing we’ll just wind up being the handset maker,” he said.

Would Ford consider building a billion-dollar Gigafactory like Tesla to mass-produce electric car batteries? “I’m not sure the economics of that have proven out.”

How about a flying Ford car, echoing the pursuits of startups such as Kitty Hawk? “No. But, if that comes, it better be autonomous. People have enough issues driving in 2D, let alone in 3D.”

What’s this car guy’s favorite toy of the moment? “Has to be the very first Ford GT to come off the production line. It’s not autonomous, it’s not fuel efficient, but it goes like hell and is a blast.”