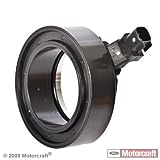 What The Hell Is Fiat Chrysler’s CEO Really Up To? – Jalopnik

Fiat Chrysler CEO Sergio Marchionne doesn’t have a reputation for being a creep. He does have a reputation as a shrewd negotiator, and a man so obsessed with ruthless efficiency he buys sweaters in bulk. So what was dribbling out of his mouth about “hugs” and “forcing a partner,” namely General Motors? Probably more than meets the eye.

Sergio’s been going on and on about how he wants FCA to get bought by GM for a while now. A long while now. This isn’t new, and we’ve already called out his frankly lame and sometimes borderline creepy attempts at seducing Mary Barra & Co. to join up with the rickety bones of FCA as it continues its rise from the near-dead. But in double-barreled interviews with Automotive News yesterday, Marchionne doubled down some more:

“It would be unconscionable not to force a partner,” he said.

That sounds like a hostile takeover bid is in the works.

“I’m not trying to date Mary, for the record, but I tried to get to see her.”

Inarticulate, at best. Unprofessional, at worst. One has to wonder if he’d say the same about Ford CEO Mark Fields.

Marchionne then went on to say that his own company could continue surviving “in mediocrity,” which is exactly the sort of pep talk you expect from a crap football coach on a crap football team before the season even starts. Guy’s got a way with words, is what I’m saying.

But if we look at his own words, it doesn’t seem to have much coherence. We’ve heard uncountable blatherings about “synergies” and “efficiencies,” but even when we hear Marchionne’s own words (again from AN) they don’t make sense:

Without specifying how he arrived at the figures, Marchionne cites a staggering combined EBITDA (earnings before interest, taxes, depreciation and amortization) figure that he says would result from the merger of FCA and GM.

“Look, the combined entity can make $30 billion a year in cash. Thirty. Just think about that [expletive] number,” he said. “In steady-state environments, it’ll make me $28 to $30 billion,” at a seasonally adjusted annual selling rate of 17 million.

I’m not saying the numbers aren’t right. I’m just saying that every word that we’ve heard about it out of Sergio’s mouth seems to only refer to two companies, existing in a vacuum, without any sense for how those companies operate.

Jeep, for fairly obvious reasons, stays no matter what. It’s just too valuable to give up.

Does it take the decades-old platform underpinning the Chrysler 300, Dodge Challenger, and Dodge Charger? Definitely not, not when it’s years overdue for replacement, and not when cars like the Challenger already compete with the Camaro. (Even if the new Charger and Challenger go on the RWD Alfa Giulia platform, it’s still hard to see them sticking around.)

Does it take platform underpinning the Chrysler 200, the C-Evo, which also underpins the Alfa Giulietta, Dodge Dart, and, in mutated form, the Jeep Cherokee? Probably not, not when its got plenty of competition on its own.

We can keep going down the list, but the long and short of it is that most of FCA’s own platforms get wiped out. Which is fine, I suppose, as I’ve got no emotional attachment to infinitely scalable vehicle architectures.

But from a business standpoint, the argument falls apart. Let’s say, in the effort to achieve such synergies, all of FCA’s platforms, save for the one that underpins the 500 and the ones underneath most Jeeps, end up in the scrap heap.

And from those ashes rises a new Fiat, a new Chrysler, a new Dodge. Fiat focuses on the small cars, and that’s fine. But cars like the 2021 Chrysler 300 and the 2023 Dodge Charger are share underpinnings with cars like the Chevy Malibu. But since they already compete in the same market segment as the Malibu, they’re a bit redundant.

Which is okay, for some companies. Look at Volkswagen. In the interest of platform sharing, so many cars overlap so thoroughly it can be a bit hard to tell which car is what nowadays.

But GM isn’t Volkswagen. In fact, GM just finished jettisoning many of its redundant brands just a few years ago. The Volkswagen Group doesn’t really have brand overlap — GM/FCA would.

And therein lies the rub. If I’m GM, I’m having a hard time buying what FCA is selling. Sure, GM would probably bump up its market share in Europe, where Opel is floundering, but Europe isn’t the market of the future. Asia is. And when it comes to China, specifically, it’s GM’s market to lose. FCA is relatively minuscule in the market. It’s got nothing to offer there, not for any price that would justify the corporate headache that a massive merger always is.

So when push comes to shove, Chrysler loses out. Dodge loses out. It’s possible that even the Fiat brand collapses. And don’t even mention Ram, who needs two competing large truck brands? Nobody.

In the end, it would turn FCA into AMC, right when FCA’s future is looking incredibly bright.

But is a truncated Jeep attached to rest of GM worth that sort of headache? The one that can leave both companies worse for the wear, as it did to both Mercedes-Benz and Chrysler more than a decade ago?

Put Your Conspiracy Hats On

Sergio’s probably a smart guy. He’s definitely got years of experience doing this whole business thing. He undoubtedly knows all of this. So why is he still going on about how FCA and GM would be a match made in heaven? GM’s already rejected his entreaties multiple times. GM’s shareholders have been given an opportunity to weigh in.

And still, it’s all going nowhere.

And they never get done like this. But there are scenarios when we do see hijinks like this.

I might be nuts, but if I was FCA, I’d be aiming every word that came out of my mouth straight at Geely.

Maybe Geely’s not interested. Maybe Geely doesn’t want it. But if you had to pick a very short list of car companies that would be salivating at the thought of everything Sergio’s saying, they would definitely be on it.

And we haven’t heard a peep out of Geely.