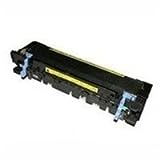 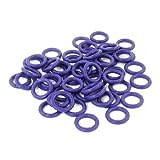 A recurring theme in the investigation into General Motors General Motors’ delayed response to a safety risk associated with faulty ignition switches is why the chief executive, Mary Barra, didn’t know about the problem earlier and do something about it.

She was, after all, the head of global product development before she was CEO, and held a series of engineering and staff jobs before that.

“You’re a very important person in this company,” Sen. Barbara Boxer, sounding incredulous, told Barra after reading portions of her resume at a hearing this week. “Something is very strange that you don’t know about these things,” said the California Democrat.

It’s not that strange, really. GM has 219,000 employees today (326,000 a decade ago, when the switch problem surfaced). It’s a huge, complex organization, with product engineers working in a technical center about 20 miles away from the corporate headquarters in downtown Detroit. As Barra noted during her testimony, it’s also not very good at communicating. “There were silos, and as information was known in one part of the business, or the legal team, it didn’t get communicated to the engineering team,” she said.

I decided to compare Barra’s march up the GM ladder with the timetable pieced together by GM and the government to see if there was any chance she could have spotted red flags.

Barra began her career at GM as a college intern in 1980. After graduating from General Motors Institute (now Kettering University) in 1985 with a degree in electrical engineering, she went to work in the Pontiac Fiero plant. Recognizing her potential, GM paid her tuition to Stanford University, where she earned an MBA in 1990 before returning to GM and a series of manufacturing and staff positions.

Coincidentally, one of the jobs she held in the late 1990s was executive assistant to then-CEO Jack Smith and Vice Chairman Harry Pearce, who had faced their own safety crisis in 1993, but famously turned it around by attacking NBC, whose “Dateline” program had rigged a demonstration of a GM pickup truck bursting into flames.

By 2004, as GM was preparing to launch the 2005 Chevrolet Cobalt, Barra was plant manager of the carmaker’s Detroit-Hamtramck assembly plant, which made Cadillacs, Buicks and Pontiacs. So when a small group of engineers began investigating reports that the Cobalt’s key could slip out of the “run” position when jostled, she wouldn’t have had reason to know.

Later that year, Barra was promoted to executive director of manufacturing engineering, where for the next few years she had responsibility for developing factory processes and machinery to build vehicles, but not for designing and engineering of cars and trucks.

Meanwhile, the switch problem was still festering elsewhere in the company. In 2005, product engineers twice considered potential fixes to the switch, but took no action, instead issuing a “service bulletin” in December 2005 advising dealers to tell customers who complain about unexpected shutoffs to remove heavy items from their key chains. Then, in 2006, the ignition was quietly redesigned, without a corresponding change in the part number, a crucial error that escaped notice for years and likely delayed the issuance of a recall.

“When you think of the specific work going on to investigate (this), that wouldn’t have been something that would come across – that I would have been exposed to — or come across my desk,” Barra told journalists on March 18.

In 2008, she was promoted to vice president of global manufacturing engineering, still focused on factory processes, not on how to design and engineer vehicles.

A year later, GM filed for bankruptcy with the help of a government bailout, resulting in thousands of job losses. When the company emerged from bankruptcy in July 2009, employees who had survived were shell-shocked. Then-CEO Frederick “Fritz” Henderson asked Barra to head up human resources, a seeming detour from her career path in manufacturing, but which still kept her in the dark about the ignition problem.

In 2011, a new CEO, Daniel F. Akerson, snatched her away from HR and gave her a huge job — head of global product development — with responsibility for design, engineering, program management and quality. Two years later, she added responsibility for GM’s global purchasing and supply chain.

If there were a period when she should have known about the switch issue, it was then. She was officially a member of GM’s inner circle, and yet, still, she says she knew nothing of the crisis that was about to overtake General Motors.

Her first inkling of the problem came in December 2013, shortly after it was announced that she would take over for the retiring Akerson on Jan. 15.

“I’m briefed on a number of analyses that are going on, and in late December I was aware that there was an analysis going on on the Cobalt. But specifically because of the way we run the process, we want to make sure the technical team that has the most data, that’s doing the analysis, has complete control over that process,” she said. The idea is to let engineers drill deep into the data to look for answers, and not have senior management interfere, explained Mark Reuss, now product development chief and a key member of Barra’s leadership team. “Protect the team to do the work,” agreed Barra.


Is GM Guilty of A Cover-Up Or Just Incompetence?

Without Answers, GM’s Apologies Are Starting To Sound Hollow