However, General Motors’ profit soared on a year-over-year basis, whereas Ford reported a steep decline in earnings. Additionally, GM expects its full-year earnings to be roughly in line with last year’s record profit, whereas Ford is calling for a step down in profit this year. There are a number of reasons for this difference in performance, but one in particular stands out. Recently, General Motors has done a better job of driving down costs than Ford, allowing it to post record profits in spite of growing industry headwinds.

It’s all about North America

Ford and General Motors typically produce the vast majority of their earnings in North America (especially the United States).

That was true again last quarter. General Motors posted a record segment profit of $3.4 billion in North America: up more than $1 billion year over year. By contrast, its auto operations outside North America collectively earned a slim profit of $3 million, with solid earnings in China offset by losses in most other regions. GM Financial contributed $260 million in segment profit, too.

Ford earned the bulk of its Q1 profit in its home region, as well — but it was a much lower profit. Ford posted a $2.0 billion segment profit in North America last quarter, along with a collective loss of $24 million in its other auto operations. The Ford Credit business also made a solid contribution to the company’s earnings, with a $481 million profit.

Thus, North America is the key to understanding why General Motors is dramatically more profitable than Ford these days. Let’s take a deeper look at how the two companies performed in their most important market.

Cost was the killer for Ford

One notable driver of GM’s record profit last quarter was a nearly 8% year-over-year jump in wholesale vehicle sales in North America. However, deliveries rose less than 1% in the U.S. market during the first quarter. This disconnect reflected a deliberate decision to increase dealer inventory in the first half of 2017 to prepare for scheduled downtime later this year. 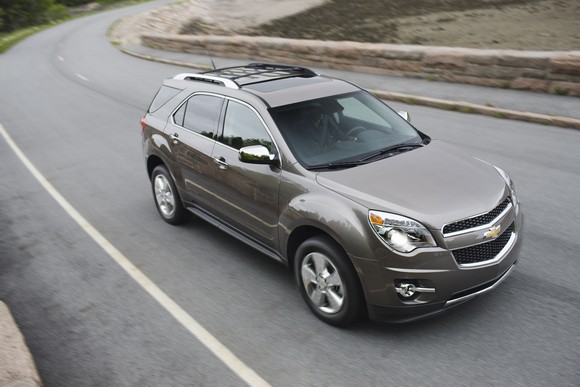 Meanwhile, Ford reduced wholesales by about 5% year over year, in line with its decline in U.S. vehicle deliveries. GM’s higher production last quarter boosted its profitability, but isn’t sustainable.

The real difference-maker last quarter was a huge increase in Ford’s costs. Ford stated that costs represented a year-over-year headwind of more than $1 billion in North America during Q1, explaining virtually all of its $1.1 billion decline in segment profit for the region. The biggest increases came from materials and engineering costs related to new models and rising warranty costs. Commodity costs also increased significantly.

By contrast, GM reported that costs were favorable by about $500 million in North America last quarter. Some of this discrepancy probably relates to the timing of vehicle launches and other one-time factors. Nevertheless, there are clearly some big fundamental differences in GM’s cost structure relative to that of Ford.

Indeed, General Motors is in the middle of a massive multiyear cost-cutting program. In January, it raised its cost savings target to $6.5 billion through 2018, and the company hinted that it’s looking for ways to increase that figure again. Ford’s own cost savings programs haven’t been nearly as effective in the domestic market.

GM is poised for further improvements

General Motors’ profits in North America are likely to decline somewhat going forward as the company reduces production to match demand. However, GM is introducing all-new versions of several key crossover models to tap into red-hot demand in that part of the market and offset other profit headwinds.

Yet the real low-hanging fruit for General Motors is outside North America. First, GM has struck a tentative agreement to sell its floundering European operations to PSA. That alone will boost the company’s earnings, since it lost about $200 million in Europe last quarter.

Second, GM will wind down its inefficient manufacturing operations in Australia later this year. By shifting production for the Australian market overseas, GM will be able to better utilize its manufacturing capacity in places like South Korea.

Third, GM is in the early innings of a drive to consolidate production on a much smaller number of vehicle platforms. It expects this initiative to drive huge cost savings, particularly in emerging markets like South America.

Ford is further ahead in all three areas — it is profitable in Europe, it has stopped building cars in Australia, and it is well down the road of platform consolidation — meaning it will be harder to grind out future gains. As a result, GM is likely to maintain its profitability advantage over Ford for the foreseeable future.