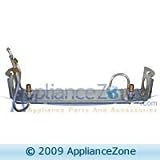 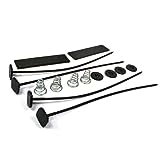 $5.29
Home › Blog › US Automotive News › Why GM is Slashing the Price of its In-Car Wireless Data Plans – Fortune

General Motors has cut the price of its wireless data plans in half, giving the automaker a competitive advantage over an industry trying to use in-car Internet connectivity to attract customers.

vehicles have been equipped with 4G LTE Internet connections, the same kind of wireless service as the latest Apple iPhones and Samsung Galaxy smartphones. GM’s Chevrolet brand, for example, has sold more than 2.1 million 4G LTE-connected vehicles since debuting its OnStar service.

GM says the price cut was prompted by the increasing number of customers using its in-car 4G LTE Wi-Fi connection. The connection can be used as a Wi-Fi hotspot by up to seven devices.

“As more people embrace the technology, it brings down the cost of entry for all users,” according to Laura Keck, marketing strategy manager of OnStar. “With these lower prices, we expect even more customers to use 4G LTE connectivity during this busy summer driving season.”

In the past two years, Chevrolet customers have consumed more than 3 million gigabytes of data—the equivalent of streaming more than 100 million hours of music, according to GM. And data use continues to increase, as shown in the graphic below.

There’s another longer term reason to turn more cars into Internet zones: services. This is a bigger opportunity, in terms of customer retention and money, than it may seem.

GM has already rolled out a number of services in partnership with companies like Progressive Insurance, Dunkin Donuts, Audiobooks.com, and Priceline.com that take advantage of its 4G LTE connection. For example, customers who use the MyChevrolet app can access a feature called “AtYourService” that offers recommendations based on the vehicle’s location and the destination.

For example, a customer on a road trip who is looking for a hotel, can press the OnStar button, which can book a room through Priceline.com. Or, drivers can choose to anonymously share their “driving score,” which is calculated through a service OnStar, with Progressive Insurance to find out if they qualify for cheaper insurance premiums.

New GM car buyers get 3GB of data for free along with five years of free access to the company’s subscription-based communications service OnStar. After they’ve used up the 3 GBs, they can set up a data plan with AT&T, which shares some of the revenue with GM.

Audi, the first major automaker to offer 4G LTE, offers new buyers a free six-month trial of its connected car service Audi Connect. Customers can opt to buy one of several data plans, including a 1 GB plan for $20 a month or a 6-month 5 GB plan for $99.