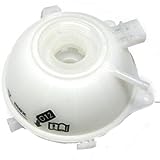 Mary Barra, CEO of General Motors, announced this week that GM will develop self-driving cars and a variety of other urban-mobility initiatives.(Photo: Bill Pugliano, Getty Images)

The bogeyman in C-suites everywhere is Google. With its leaps of innovation, efficiency, scale and esprit de corps, Google is on the march in ever greater parts of the economy: finance, retail, communication, transportation. Putting aside the fact that Google has succeeded only as a directory publisher and volume seller of low-cost advertising, it is reorganizing itself into a new company, Alphabet, to maximize its ability to grow more Google-like companies that might disrupt and challenge the corporate world’s lack of gumption and imagination.

Quite out of character, General Motors  announced that it is ready and willing to rise to that challenge. Mary Barra, CEO of the most traditional of automakers, that most traditional of industries, announced last week that GM would go head to head with Google and Apple — itself locked in a war with Google — in the development of self-driving cars and a variety of other urban-mobility initiatives.

Undoubtedly, this is a change-the-subject moment for GM. The once-invincible company (arguably the Google of its era) has weathered several generations of bad news, including vast erosion of its market, bankruptcy and bailout. GM has dealt for nearly two years with an  ignition switch scandal that killed at least 100 people. For Barra, who became the industry’s first woman CEO in early 2014, the jump into self-driving cars is an effort at restarting her GM era.

In a cynical world — and in what other world do car companies operate (hello, Volkswagen)? — it’s savvy to embrace a technology and product line that does not yet exist. If Google can receive vast amounts of awestruck publicity and mega-goodwill by promising a product that no obvious logic says it is capable of delivering, why not GM? There is hardly a safer product to offer than one that has never existed; any version, or promise of a version, is a step forward.

That has long been a key part of the Google marketing mythology. It isn’t a directory company, rather it’s a company that is going to make everything better, eventually.

That’s a view, however fanciful or disprovable, that has seriously impacted the fortunes and self-confidence of non-Silicon Valley corporate America, ever anticipating Google’s inevitable disruption of its business. A great part of the value of Silicon Valley share prices resides in the fantasy of what is to come — even if it never quite comes. (Google’s constant promises and low rate of delivery have more recently resulted in the share-price skepticism that has led to the reorganization, which will give shareholders a greater view of the progress of these promises.)

GM’s gambit might  be seen not only as a own short-term PR move to talk about something other than ignition switches, but much more significantly, it’s the first time traditional corporate America has called phooey on Silicon Valley’s exclusive ability to deliver the future.

Barra’s chutzpah may represent an industrial and psychological nexus. In the current mindset, all businesses exist on a spectrum, and digital businesses, grown and funded in Silicon Valley, necessarily represent a vastly more advanced point on this line to the future. Looked at that way, they are untouchable. The Barra gambit says the opposite: Silicon Valley doesn’t represent the future so much as just the competition. Why should Google be better positioned to develop a driverless car than GM?

Though Google may have advantages — including not being GM — GM quite clearly has some advantages in the development and manufacturing of cars.

Why, in other words, should tech companies claim the future merely on the basis of their ability to produce technology — which, after all, is a buyable commodity? Physically moving people around might well be an ideal challenge in which to test the limits of Silicon Valley’s claim on doing everything better.

A demographic, generational and ecological shift is creating a growing demand for a new relationship to automobiles. A suburban auto model is at odds with an urban one. Car ownership is a changing priority. Traffic is an existential crisis. The Uber message is not that advanced tech causes disruption but rather that low-level tech — an app — can do it. That is, anybody has the tech to do it.

The mobility revolution is potentially as large as the information revolution — its disruption and growth potential as large as it was in the three generations after World War II. That is, as large as any economic event in history. And it is a leap far from just technological. It involves physical infrastructure, manpower, regulation, public investment and real human risk. Silicon Valley, which may well have important mobility innovations to offer, otherwise has little experience with or sensitivity regarding any of these issues. (Uber is challenged by all of these issues.)

It’s a new, competitive world, which, to little argument, Silicon Valley has cunningly claimed as its own. Though it is far from clear that GM will lead the driverless future, Barra’s news release countering all of Google’s news releases is a good reminder that Google’s free ride on the future awaits disruption.