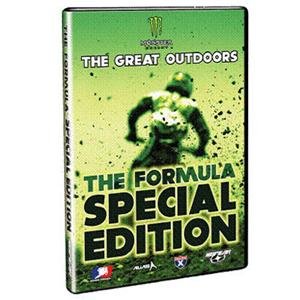 VAS Entertainment TGO The Formula DVD - Special Edition 12 Tracks, 12 Nationals, 24 Motos The 2007 AMA National Championship Motorcross Series had it all, and as always, there was more. Much More.
While The Formula captured the high-def action, tension and true grit of the 2007 tour de force, the films producers were forced to leave a tremendous amount of awesome footage from the sensational season on the sidelines.
Thus, as they have in the past, the creators of The Formula present to youThe Formula Special Edition.