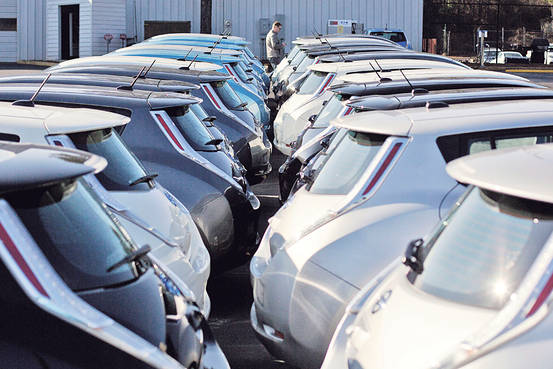 This month may be the best November ever for U.S. auto sales, capping a year-long buying spree of new cars and trucks.

Rising interest rates, however, could slam the brakes on the boom, according to a new study by Federal Reserve Bank of New York staff. Consider that a one-percentage point increase in a consumer’s interest rate raises the cost of a four-year, $25,000 loan by $11 per month or $528 over the life of the loan. While that may not seem like much, it’s enough for demand for new cars to noticeably fall. And because auto loans are shorter in duration than, say, a mortgage, they are more sensitive to changes in short-term rates.

Using data on auto sales from 1972 to 2011, the New York Fed staffers built a model to predict what happens to sales, real prices, and production when rates rise. A tightening of monetary policy increases the interest rates paid by both consumers and automakers, leading to a large decline in the growth rate of prices and production, the Fed study found.

In a scenario where rates rose by one percentage point for consumers and manufacturers, their model predicts auto production would fall by an annualized rate of 12%. That translates into a decline of around 170,000 fewer cars and trucks produced.

It’s not all bleak news. Higher rates make holding inventory more expensive, which would likely prompt automakers to cut prices. Given that, sales decline by only 46,000 cars in the first two months following an interest-rates increase. After that, however, sales growth is expected to remain depressed for several months.

So while auto sales wont’ careen off the road, they will have to downshift to a lower gear.