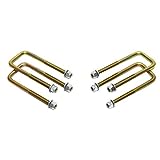 Volkswagen lifted its profit target for the year on Friday after cost cuts at its core autos division helped it outstrip third-quarter earnings forecasts.

The world’s largest carmaker is spending billions of euros to reposition itself two years after a diesel emissions scandal, focusing on electrification of its mass-market and luxury brands while developing what it calls “digital mobility services” for those who do not want to own a vehicle.

“Earnings in the first nine months make us quite optimistic about the year as a whole,” Volkswagen finance chief Frank Witter said. “This is a strong foundation we can build on.”

Quarterly group earnings before interest and taxes (EBIT) before special items jumped 15 per cent to €4.31bn (£3.8bn) from €3.75bn a year ago, Volkswagen (VW) said on Friday.

That beat even the highest estimate of €4.17bn in a Reuters poll of banks and brokerages.

VW said it booked €2.6bn in the three months ended 30 September to fix diesel engines in the United States, confirming an announcement made last month that will raise total provisions for its “Dieselgate” scandal to €25.1bn.

Wolfsburg-based VW said it expected the group’s operating margin to moderately exceed a target of between 6.0 and 7.0 per cent, having previously said the margin would hit that range.

VW said its results benefited from cost cuts, agreed a year ago with labour unions, and growing vehicle sales.

“The results show that customers at least abroad are ready to forgive VW the diesel scandal,” NordLB analyst Frank Schwope who has a “Buy” rating on the stock, said.

Quarterly VW brand deliveries rose 7.3 per cent on strong demand from China, the United States and South America, almost triple the 2.7 per cent gain in year-to-date sales, helped by solid orders for the new Tiguan SUV.

VW is in the midst of cutting thousands of jobs through natural attrition, has ceased unprofitable models, reduced parts complexities and streamlined model development to lift the brand margin to at least 4 per cent by 2020 and 6 per cent by 2025, after 1.8 per cent last year.

While VW is producing a strong operating performance, the carmaker is facing a barrage of lawsuits from customers, investors and regulators over its “Dieselgate” scandal and is staking its future on a costly electric-vehicle (EV) program.

Together with rivals Daimler and BMW, it has also become the target of investigations by European and German antitrust staff into alleged collusion.